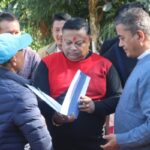 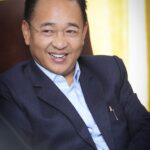 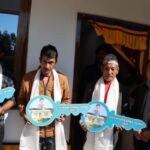 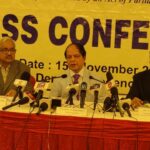 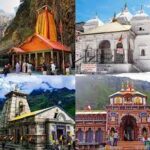 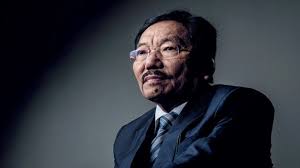 Since 1973, we have been formally celebrating June 5th as World Environment Day and it has galvanized a global movement of collective action towards safeguarding the environment. However, we have come to a critical juncture where just public effort is not enough. Serious, committed and directed action by governments across the world, organizations – whether environment organizations to the biggest multinational companies – and individuals is the need of the hour to take care of the “Only One Earth” that we have to live on. With each year, the impact of climate change and that of humans on our planet is worsening. We are witnessing extreme weather patterns and rising heat that will eventually melt our ice caps. So, it is now or never.

In the recent climate summits from the COP26 in Glasgow 2021 to the Paris Agreement 2016, the commitment to cap global temperature increase to 1.5 degree Celsius was reiterated. However, for this our carbon emissions have to be net zero by the year 2050 which requires drastic innovations in our industries and transformations in our consumption habits. In what ways should Sikkim innovate to meet these global goals? Thinking ahead and keeping in line with the Paris Agreement, our Sikkim Democratic Front manifesto of 2019 outlined our aim to make Sikkim a carbon neutral state. Had we formed the government in 2019, the SDF government would have institutionalised a carbon neutrality policy in Sikkim today.

Since the inception of SDF, environment protection has been embedded as a foundational objective enshrined in the party’s constitution. Every single manifesto since 1994 has environment protection as a core program and policy of the SDF party. The commitment of the SDF party towards the environment is amply clear from our green programs implemented as soon as we formed the government in 1994. Our policies and strong focus on afforestation and protection of our forest areas led to the increase in forest cover from 43.95% in 1993 to 47.8% in 2019. Making Sikkim the first organic state in India and the world has been one of our major achievements which was most recently recognized during the Global Organic Expo 2022 on 26th June at ICAR PUSA, New Delhi. Going fully organic has been Sikkim’s contribution to the global environment movement as agriculture accounts for 20% of total CO2 emissions and transitioning to organic would drastically reduce this contribution. Even the industries that we have established has been scrutinized for their being non-polluting industries that would create a minimal impact on the environment and ecosystem of Sikkim.

Though Sikkim has earned a brand as an organic and an environment friendly state, we must not become satisfied with just this. We are already living through a climate crisis and if we do not take action today, we will not be able to pass on a healthy planet to our future generations. In such times of crisis, it is disturbing to see the unbridled deforestation in Sikkim which must be immediately stopped. Everywhere I travel in Sikkim, I see healthy forests now grazed down to the ground. For the sake of our future and appreciating the impact of such drastic deforestation well beyond our state’s borders, this clearing of our forests must stop and this is my request and advice to the SKM government.

On this World Environment Day, let us acknowledge the climate catastrophe at our door steps. Let us all commit ourselves to the cause of the protection of the only planet that we have to live on.