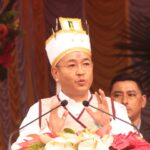 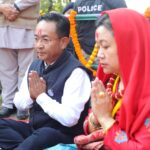 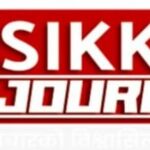 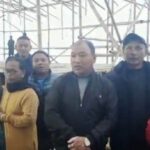 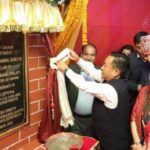 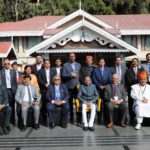 Sikkim U-25 Men’s Cricket Team wraps up the Col.C.K Nayudu Trophy season 2021-22,  with a victorious run and finish as champions of the Plate Group.

The Under 25 Men’s team of Sikkim registered yet another victory in “Col. C. K. Nayudu Trophy”, defeating Arunachal on their Fourth match of the league round by 248 runs today at KIIT Cricket Stadium, Bhubaneshwar, Odisha.

In the second innings, Sikkim made 210 runs and gave the target of 359 runs to win. Ankur score 98 runs, Rahul Kumar (43), Pranesh (18) and Suraj (17) During the second innings of Arunachal, Sikkim’s bowlers were able to build the pressure on the opponent and took early wickets and they lost their wickets in a regular interval giving 8 wickets to Ankur, and 1 wicket to Anwesh.

This is the 3rd time in a spam of 3 years that Sikkim team has been able to achieve such success in the cricket field at the National level.

Sikkim U-25 Men’s Cricket team was able secure 3 victories in 4 matches against 4 other state teams.

The standout performance in the tournament were:

“This team deserves blue coat as champions, and I’m truly impressed with the tactical guidance of the coaches and supportive support staff and most of all the amazing games showcased by our players. Well done boys” Says SICA President Mr Lobzang G. Tenzing.

Subsequent to Sikkim turning Champions in the Plate Group in 2021-22 season, the qualifies the promotion of the team into the Elite Group.